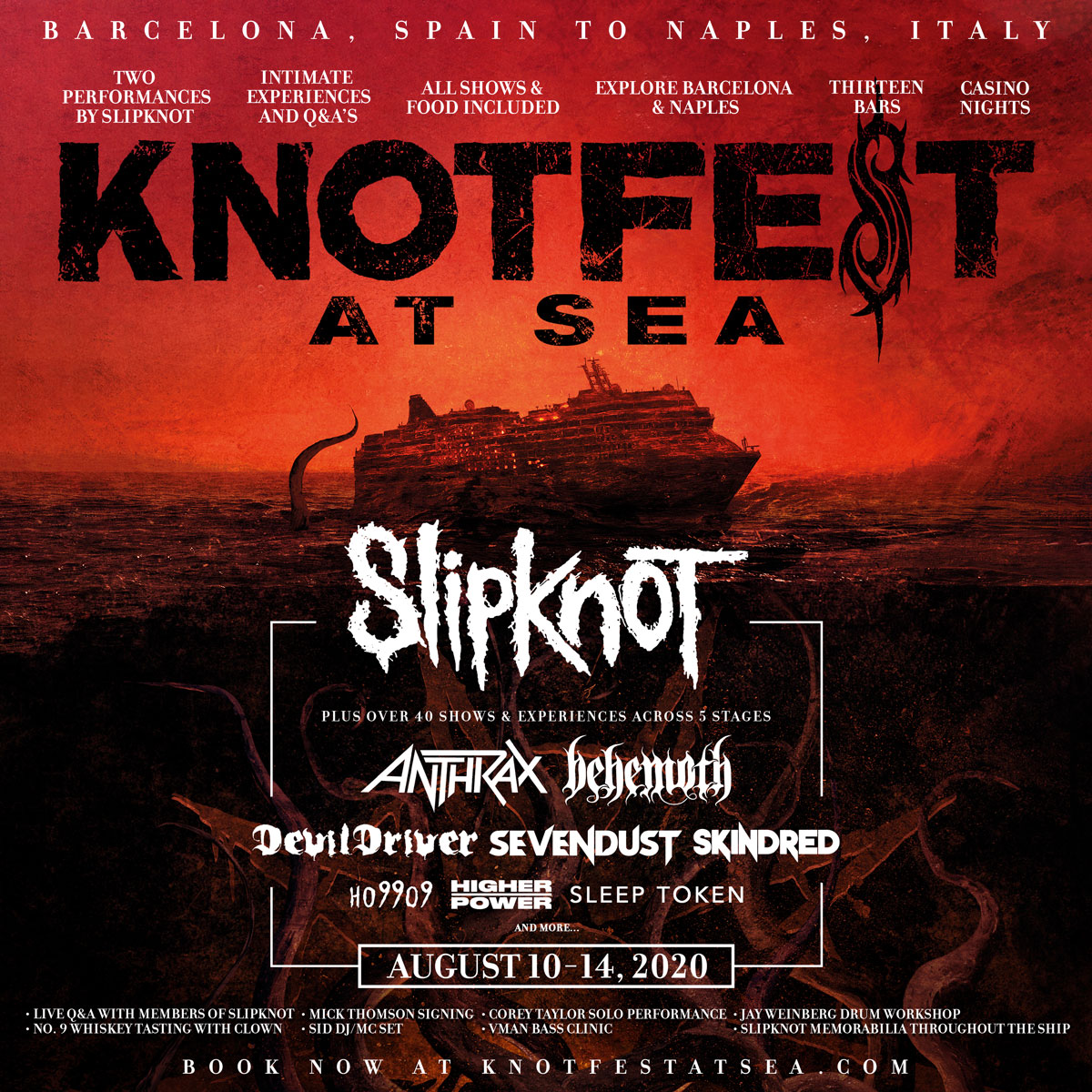 Knotfest At Sea, the inaugural cruise event from the music and lifestyle phenomenon, Knotfest, created by multi-platinum, genre defining metal band, SLIPKNOT has today announced the first bands that will be joining the line-up when the cruise sets sail from Barcelona on August 10th. As well as two headline sets from SLIPKNOT, the cruise will feature a killer line-up of performances from Anthrax, Behemoth, Devildriver, Sevendust, Skindred, Ho99o9, Higher Power and Sleep Token with more to be announced.